With the Town Hall being out of commission, this year's presentation night will be at Laichmoray Function Suite on Wednesday 10th September at 7.15pm - doors open at 6.45pm.

The awards will be presented to:


Congratulations go to Waverley who took the honours beating Saracens (3 - 2) on Saturday (23rd) at Boroughbriggs.

The fair sized crowd were entertained to an excellent game of football which threatened to go to extra time but on balance the stronger Waverley team deserved to win. Some tired legs out there at full time I'll bet!

After a few words of thanks from Boys Club chairman Bob Stewart, the cup was presented by Elgin City FC director Cecil Jack. Thanks again to City for providing the facilities at Boroughbriggs.


Dyce Locos 0 --- EBC Senior Select 0 .. this was a great game and a good challenge to both teams. While chances were created by both teams a 0--0 score may have been the best result.. After the match both teams visited ECFC for some hospitality and to watch the first league fixture for Elgin City. Many thanks to everyone who supported the teams and especially Dyce lads for making the long run up to Elgin..We wish you well in your local season 2014/5.


No match report but it looks like Robbie Russell and Phil Stuart's Senior Select gave Milnes High a good run for their money - well done lads.

END OF THE SEASON ....ALMOST


With the summer holidays upon us and lots of you enjoying some warm weather either in Costa del Exotico or Costa del Lossiemouth it just remains for the EBC committee to thank the coaches, referees, ground staff, supporters and of course you lads for all your dedication and enthusiasm this season.

Congratulations go to Intermediate side Crusaders who did the trebble by beating Saracens in the Summer Cup final - a very strong side.

The Senior Summer Cup Final between Waverley and Saracens will be played at Boroughbriggs on Saturday 23rd August. Kick off 6.30pm

Well done to our intermediates as a select squad beat an Inverness side 7 - 1. We'll get you a game against Brazil next time - you'd probably beat them after their performance in the World Cup!

Again congratulations to our Senior side whoe lost narrowly to Alness (at Dalmore) on 20th July. The 6-5 score reflects a high standard and a game which managers Robbie Russell and Phil Stuart said they were unlucky not to win. 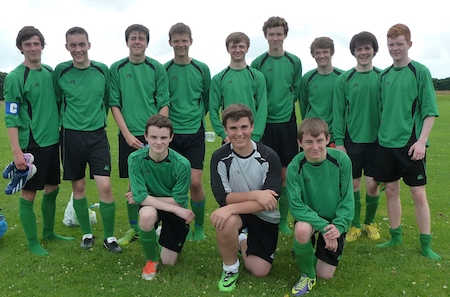 I can't say too much about the Junior competitions as technically there weren't any this year (under the SYFA National Player Pathway rules - see earlier NEWS).

The committee will be reviewing the position taken by the club on this before next year but it would help if the Junior coaches could provide feedback either to me at an.fotheringham@tiscali.co.uk or to any committee member.

The second semi-final game (Winner game 2 v Royals) will now play on Wednesday 2nd July NOT on Wednesday 30th June. The final will PROVISIONALLY be at Borough Briggs on Saturday 23rd August. This is yet to be confirmed.

A MESSAGE FROM THE SECRETARY

Hi guys, as you will be aware the end of season is almost upon us and will happen sooner for some teams. Can I ask all managers to make arrangements to collect their boys kit as soon as possible, rather than leaving it until the beginning of next year which invariably leads to strips not being returned. With kit manufacturers changing their designs yearly it means that we cant get replacements and we end up spending hundred of pounds on a new strip. It saves you hassle and it saves the Club a great deal of money. anyone having difficulty collecting jerseys - let me know asap. If you need me to store your kit, I can make arrangements .

On behalf of the Club and more importantly the boys and their parents, can I pass on a huge thank you for giving up so many evenings to ensure that the boys get an organised game of football. Without you, the Club doesn't function.

I hope you have all enjoyed your games and the involvement with the youngsters and hope you can be with us again next year. With the juniors, we will have to evaluate whether finally complying with the SJFA rules on no medals, trophies and non- competitive football has been worthwhile experiment, and your views will be much appreciated .

Thanks again, and if you are going on holiday, have a crackin' time and enjoy a well deserved break.

PS remember to get the strips etc. off your boys !!!

There will be no Juniors games played on Saturday 21st June.

Instead the games that were to be played then (involving Corinthians v Saracens and Royals v Cameronians) will be played at 5.30pm on Friday 20th June.

The games scheduled for a 7.00pm kick-off are unaffected.

Congratulations to Corinthians who beat Crusaders in the Senior League Cup after extra time.
Corinthians 3 : Crusaders 1 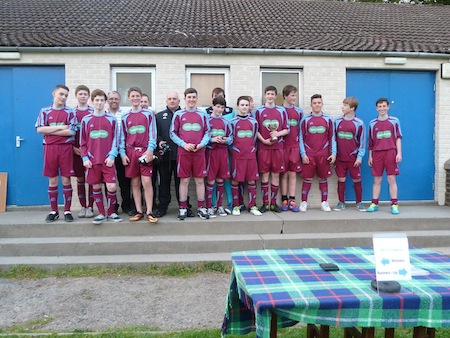 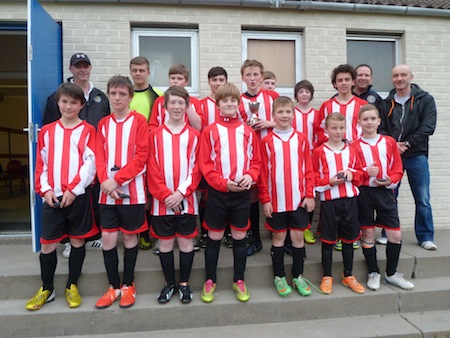 And with that our thoughts turn to the league ...

This year's fixtures are now available on this website. They are also available for download as pdf files.

This year marks the start of Elgin Boys Club's second half-century in existence. In order to modernise our club and keep in line with SYFA guidance our Juniors will not now be competing for trophies.

The philosophy behind this is explained in the National Player Pathway found here.

This proposal for the Juniors was adopted at this year's Boys Club AGM and is seen as the way forward. It is also essential for the club to comply with this guidance when registering for SYFA membership. No changes will be made to either the Intermediates or Seniors.

As usual all games start at 7.00pm at Morriston Playing Fields. Be there in good time to set up the goals and warm up. Also take any litter, water bottles etc home with you or incur Mike Christie's wrath!

Enjoy the season and good luck to all.

Hello again folks and welcome to another season of the Elgin Boys Club. The new registration forms have been uploaded and are ready for use.

Important dates for your diary are:

Hope to see a good turn-out on these dates and, of course, we're always looking for new coaches so if you think you could help out just get in touch with any of the committee members.